According to the national standard system for the revision of management procedures, the National Electrotechnical and Electronic Products and Systems Environmental Standardization Technical Committee Sub-Technical Committee for the Determination of Hazardous Substances (SAC/TC297/SC3) has been researched and conducted. Part: Introduction and Overview of nine national standard project development work plans. The China Electronics Standardization Institute is the main drafting unit, and AGC is invited as a member of the SAC/TC297/SC3 working group to participate in the development of this series of standards.

The standard names for conversion are as follows: 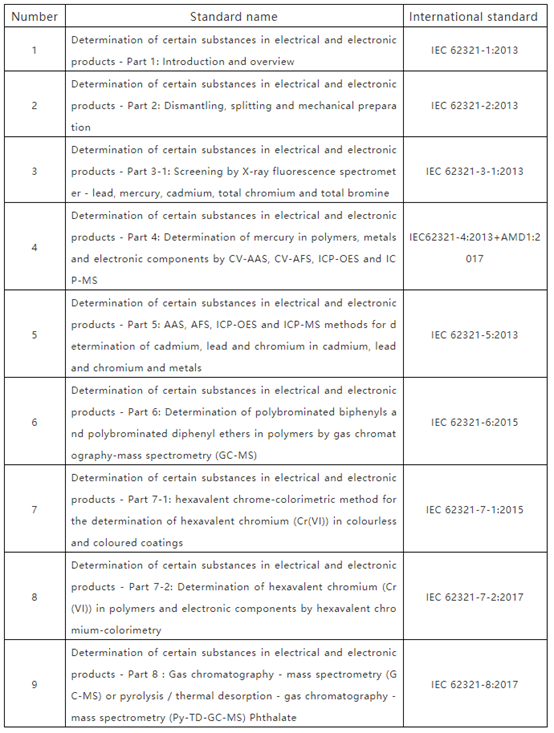 The IEC62321 nine serial standards transfer to the national standard will be held in Beijing on December 14, 2018. The relevant person in charge of the China Electronics Technology Standardization Institute organized a discussion on the standard content framework and determined the division of standards and plans. Liang Dan, director of the AGC Standards R&D Center, attended the meeting on behalf of Xinyuhuan Standard Technology Co., Ltd., and proposed whether the standard of conversion can be more suitable for the use of enterprises, such as the guidance of splitting, whether the comparison between test equipment can be reflected in the standard.

After the kick-off meeting, China Electronics Technology Standardization Institute completed the translation and conversion draft of the IEC62321 series of standards, and the organizing committee provided recommendations, which ended on January 31, 2019.

The Technical Committee for the Determination of Hazardous Substances of Environmental Electrotechnical Products and Systems of the National Electrical and Electronic Products and Systems (SAC/TC297/SC3) was held in Lanzhou in April 2019. Determination of Certain Substances in Electrical and Electronic Products Part 1: Introduction and Nine national standards project revision workshops such as Overview. The topic of the meeting was to review and discuss the rationality of the draft of the nine standards, the correctness of the content, the practicality of the application, and finally determine the revised plan, and at the same time formulate the next plan and the division of tasks. Liu Linwen, technical director of the AGC Physical and Chemical Engineering Department of the conference, attended the AGC and presented some constructive proposals. 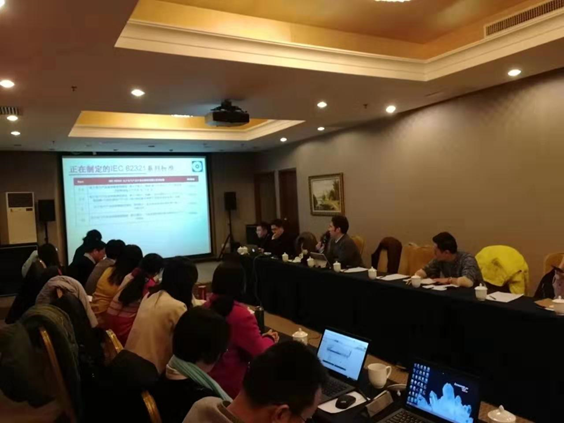 After the Lanzhou Conference, China's electronic technology standardization research has undergone preliminary research, data collection, standard drafting, discussion, etc. Currently, the standard preparation team has completed the draft of the above-mentioned standards and the preparation instructions. The current progress is: June 28, 2019, the whole country The Technical Committee of the Environmental Standardization Technical Committee of Electrical and Electronic Products and Systems is divided into technical committees, and the member units (including the AGC) are again notified of the comments.

AGC reminds companies to pay attention to the update of China's RoHS regulations and also pay attention to the revision and revision of their corresponding testing standards.AGC actively participates in the formulation of standards and fully demonstrates the strong technical strength of Xinyuhuan. Based on this, we will strive to be the industry leader and provide efficient and efficient testing and certification services for our customers.

Keywords for this article:

Xinyuhuan staff will contact you for detailed information and provide you with a quotation. You can tell us your needs by calling: 400 089 2118 or filling out the form below.